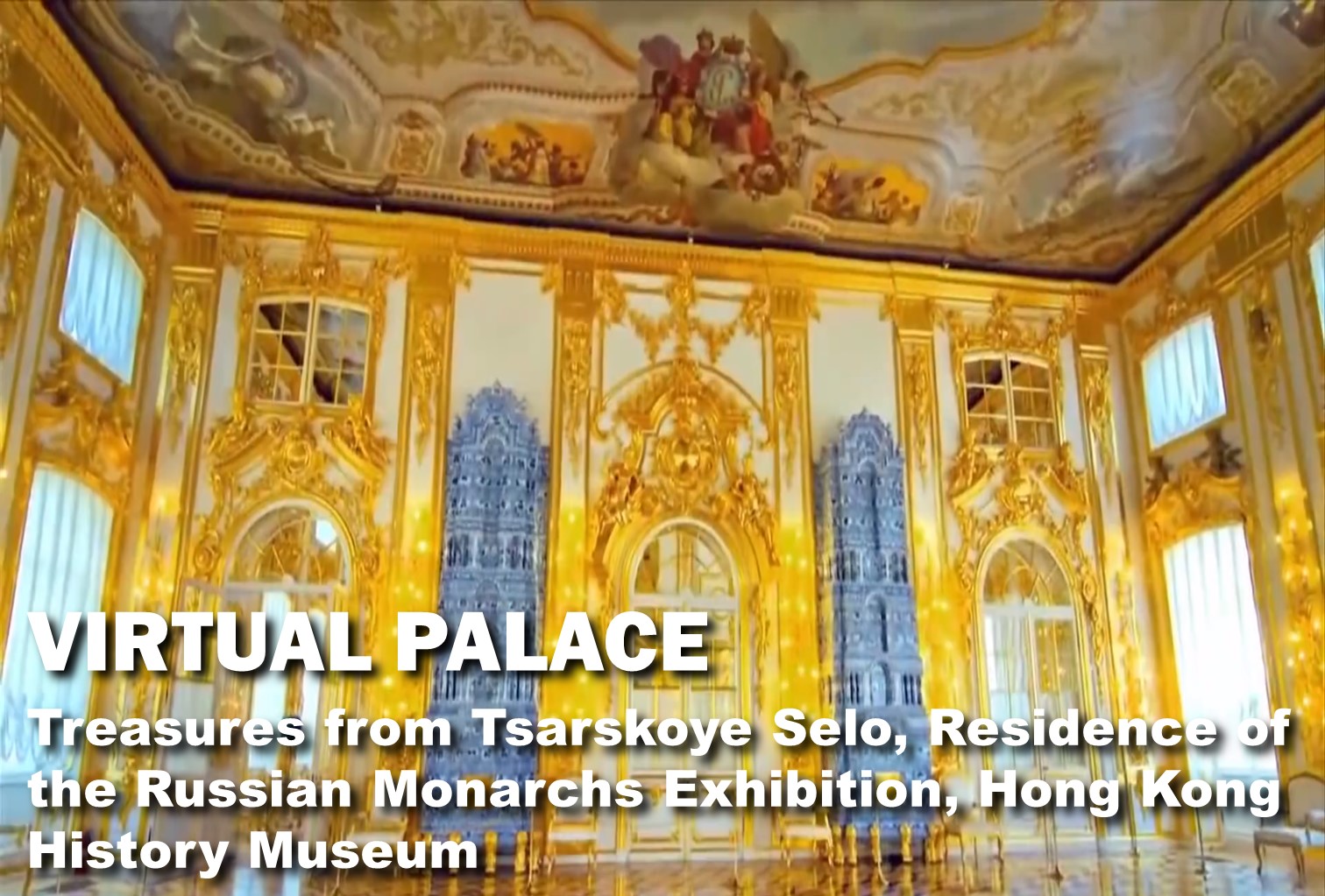 The feature exhibit of Treasures from Tsarskoye Selo, Residence of the Russian Monarchs Exhibition in Hong Kong History Museum is a 360° Virtual Palace. Sengital sent a team of photographers to Russia to get the permit to take photos of 8 huge rooms inside palace. The requirement of the photo is very strict and need to fully match to the real palace rooms with high resolution quality. On the other hand, it requires to show the night and day environment of the palace. It is a challenge for Sengital team to reconstruct the virtual palace into 360° view including roof and ground by using 12 different projectors by projection mapping technique.

Our team was glad to be involved in the photo shooting, projection system design, installation and fabrication for this stunning exhibition.

“Treasures from Tsarskoye Selo, Residence of the Russian Monarchs” Exhibition