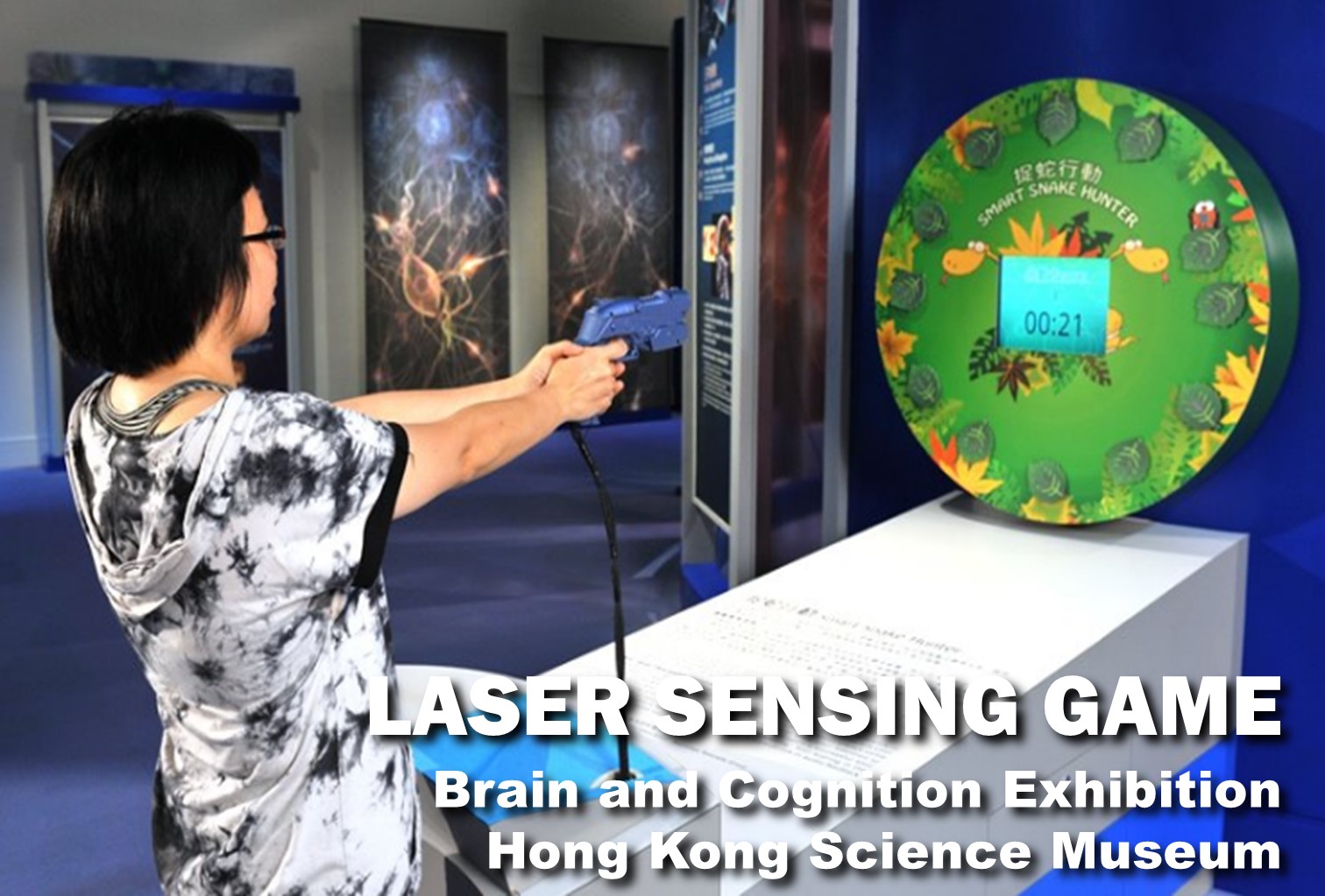 Our team initiated the idea of putting tablets into exhibits. All the games and apps are therefore under Android OS and are touch enabled. Visitors are required to give answers to some questions about the human brain and cognition.

This laser gun is used in this exhibit. When player pulls the trigger, laser will then be emitted from the gun. If the target is shot, an output signal will be sent to controller indicating that there is a successful shooting. After pressing “Start” button, system will randomly open different leaves-shaped shutters surrounded the display. Then, user needs to shoot the snake character hidden behind the leaf and the shot will only count if the laser point correctly on the reflective frame. After every stage, the score will be shown on the display. A score summary will also be displayed when the game is finished. There is a billboard to show the Top 5 scores of the day in the particular stage.

The human brain is a highly complex organ comprising of hundreds of billions of neurons. For a very long time in history, we had only very little knowledge about how our brain worked. Through a giant brain model, graphic panels and some interactive games, the exhibition introduces interesting aspects and facts about the structure and functions of the human brain. They also depict disorders caused by impairment of neural transmission such as cognitive impairment, aphasia, dyslexia, attention deficit and hyperactivity disorder.