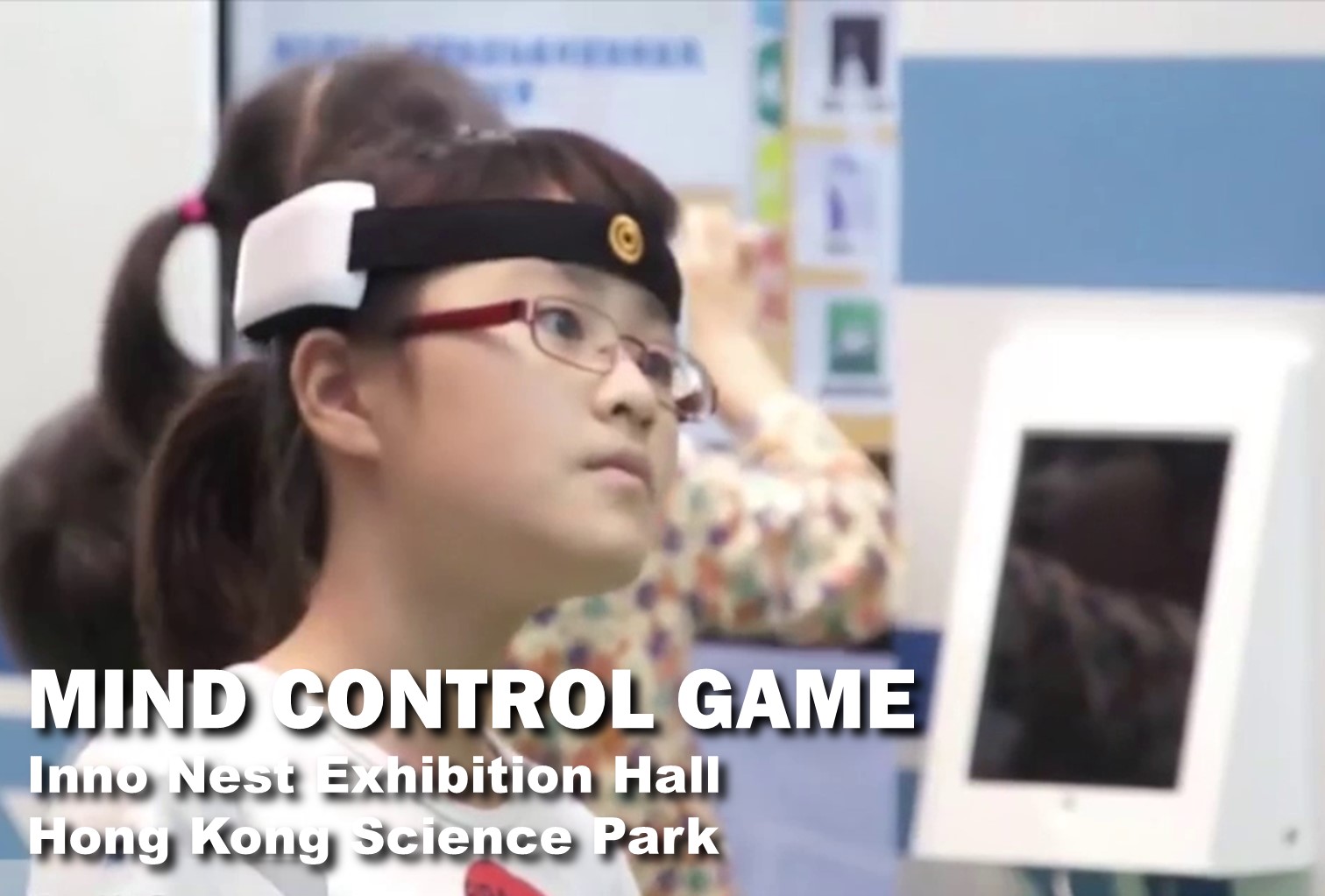 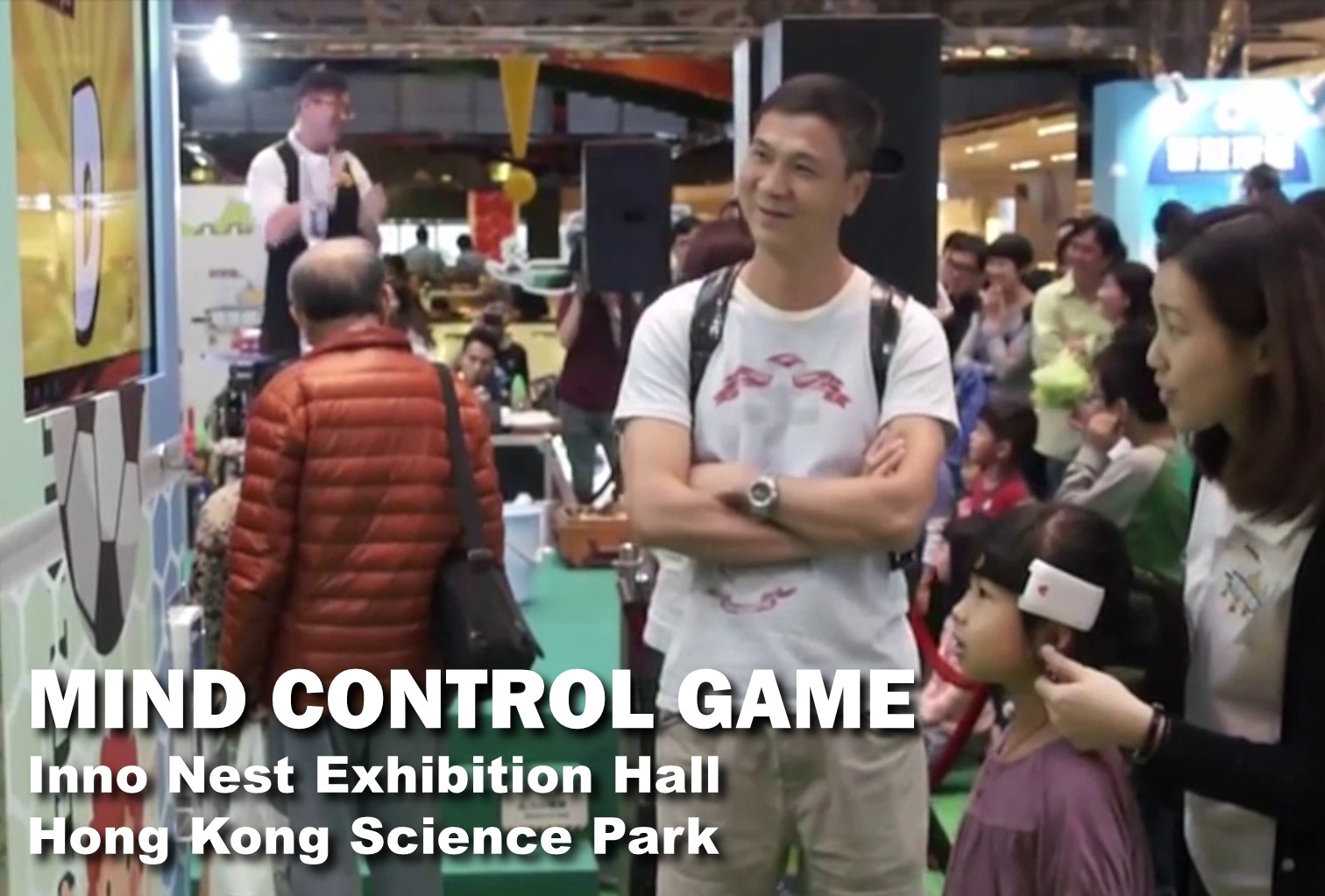 Another interesting technology merged with motion sensing is EEG mind control. Sengital (SenMedia’s mother company) R&D team had developed a mind control game for an exhibit using EEG sensor that can measure the EEG signal of the brain. Stronger brainwave signal can make the goal keeper bigger to increase the chance to save the ball. The head’s motion can also be detected by the accelerometer so that the head motion can be used to control the goal keeper’s motion. Multiple balls are kicked to shoot the goal and see how many balls can be saved by the goal keeper. Higher level of the game will have more ball to be shoot at the same time.

Our interactive Mindwave Football Game called “動感足球” had been showcased in “Smart City Fun” Roadshow. By using the Mindwave and motion sensing technologies, visitors can use their mind and motion to play football.

With the aim of introducing latest innovations to the public, “Smart City Fun” Roadshow was organized by the Hong Kong Science and Technology Parks from the 9th to the 11th of May 2014 at Cityplaza. It was a fun and educational event for both children and parents.