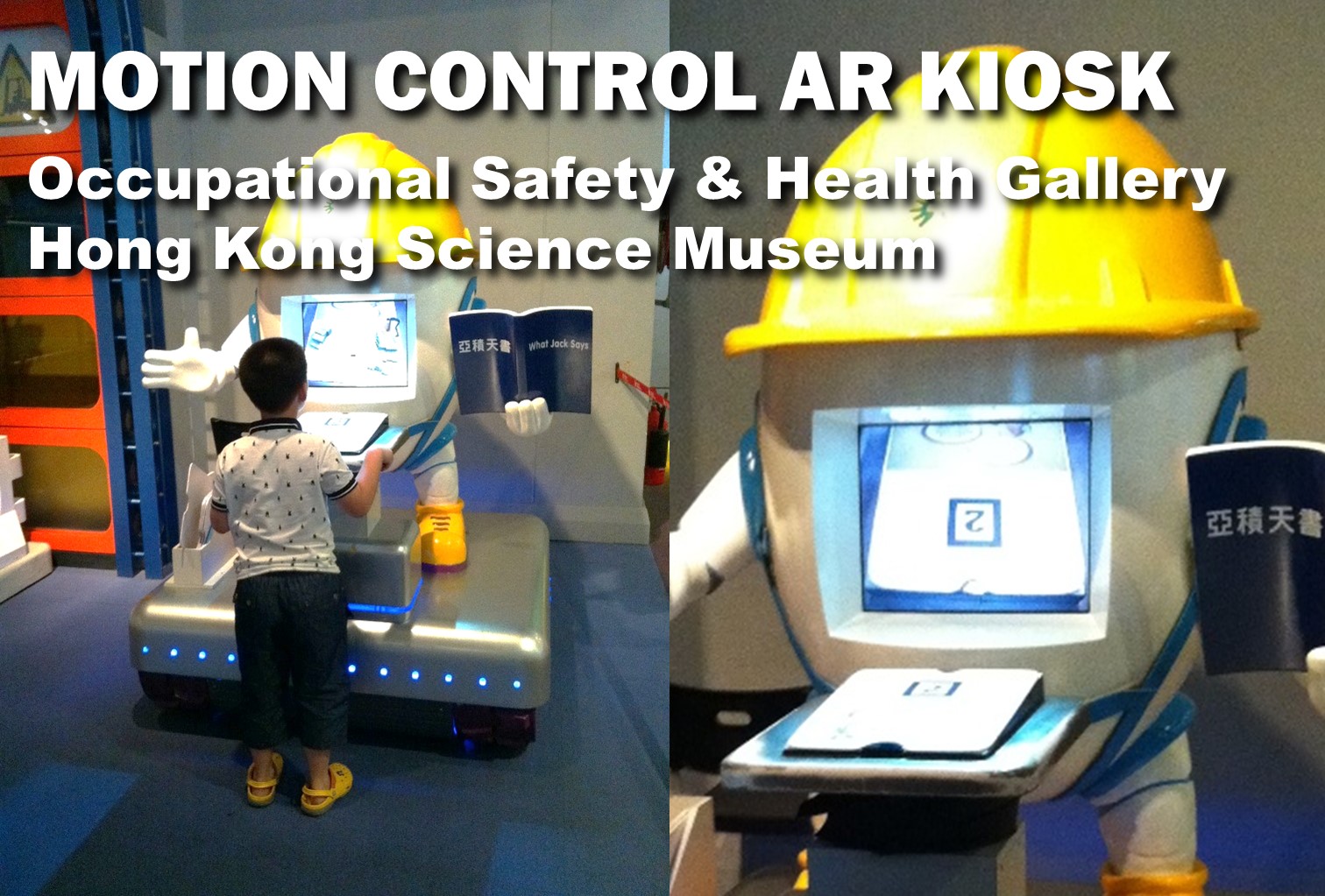 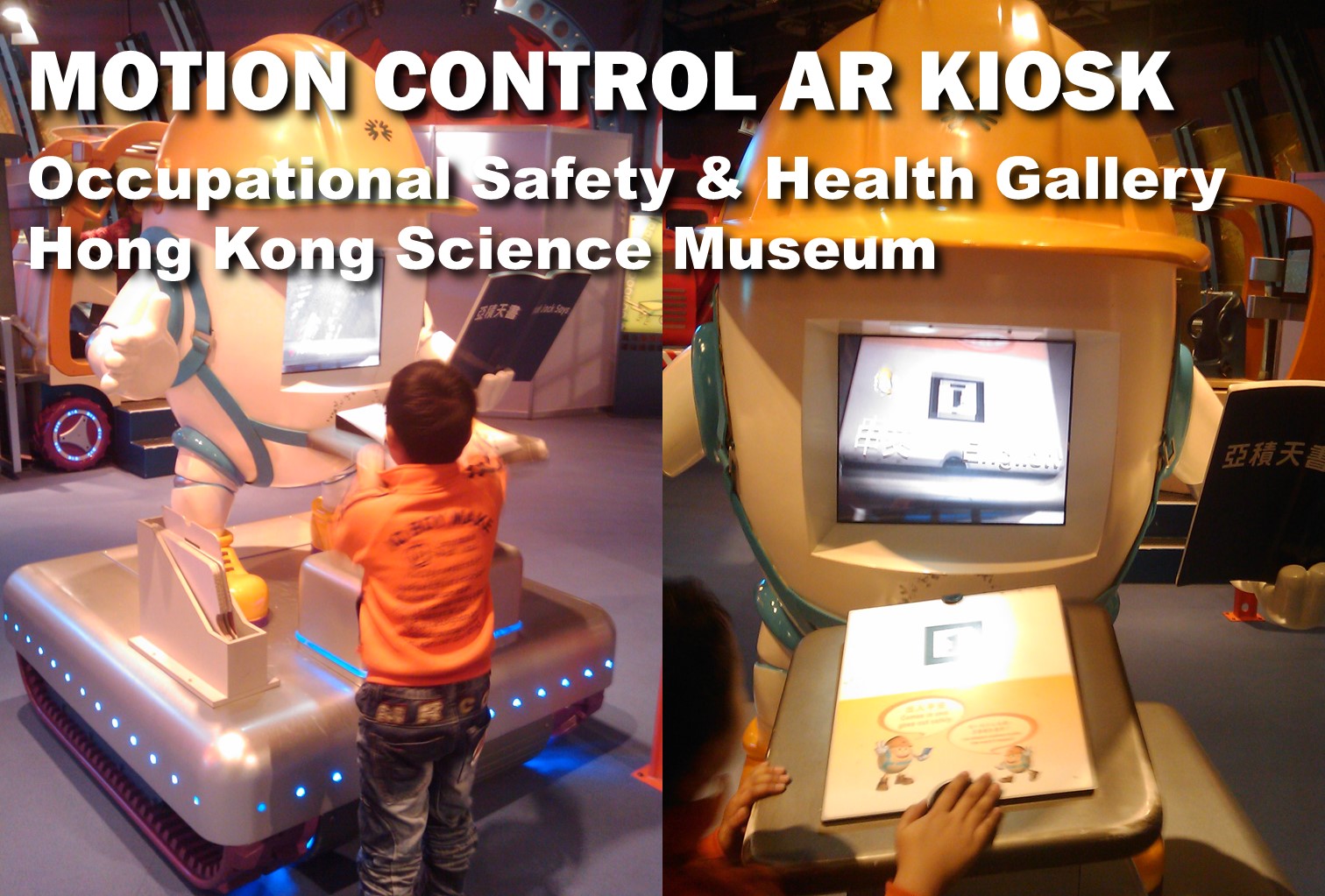 The first exhibit of Sengital is called “What Jack Says” developed in 2006. It is to promote the safety of working in construction area. The robot-like exhibit is called Jack. There are a screen in the middle. The camera is installed under the hat which is used to capture the video for the moveable table with motion sensor installed and then display on the screen. A QR code type AR marker is put on the book placing on the moveable table. The computer will detect the motion sensor signal which is the angle of the moveable platform. By recognizing the AR marker, the computer graphical map will be shown on the screen overlaying on the book with matching the view angle. A cartoon character will be controlled by the tilt angle of the moveable platform and the visitor aim to bring the cartoon character across the maze showing on the book by controlling the tilt angle of the moveable platform. There are three levels of the AR game to introduce different scenario to prevent accident in construction area.

Revealing the many faces of electricity and magnetism, the elegantly designed interactive exhibits in this Gallery introduce the facts and explaining the principles behind the subjects in a simple and light-hearted way. The exhibit “What is behind the socket” vividly introduces the source of electric power. “Electricity travels through my body” shows human body is a conductor. You can play with “Making a magnet rotate by using electric current” to understand how a motor works.