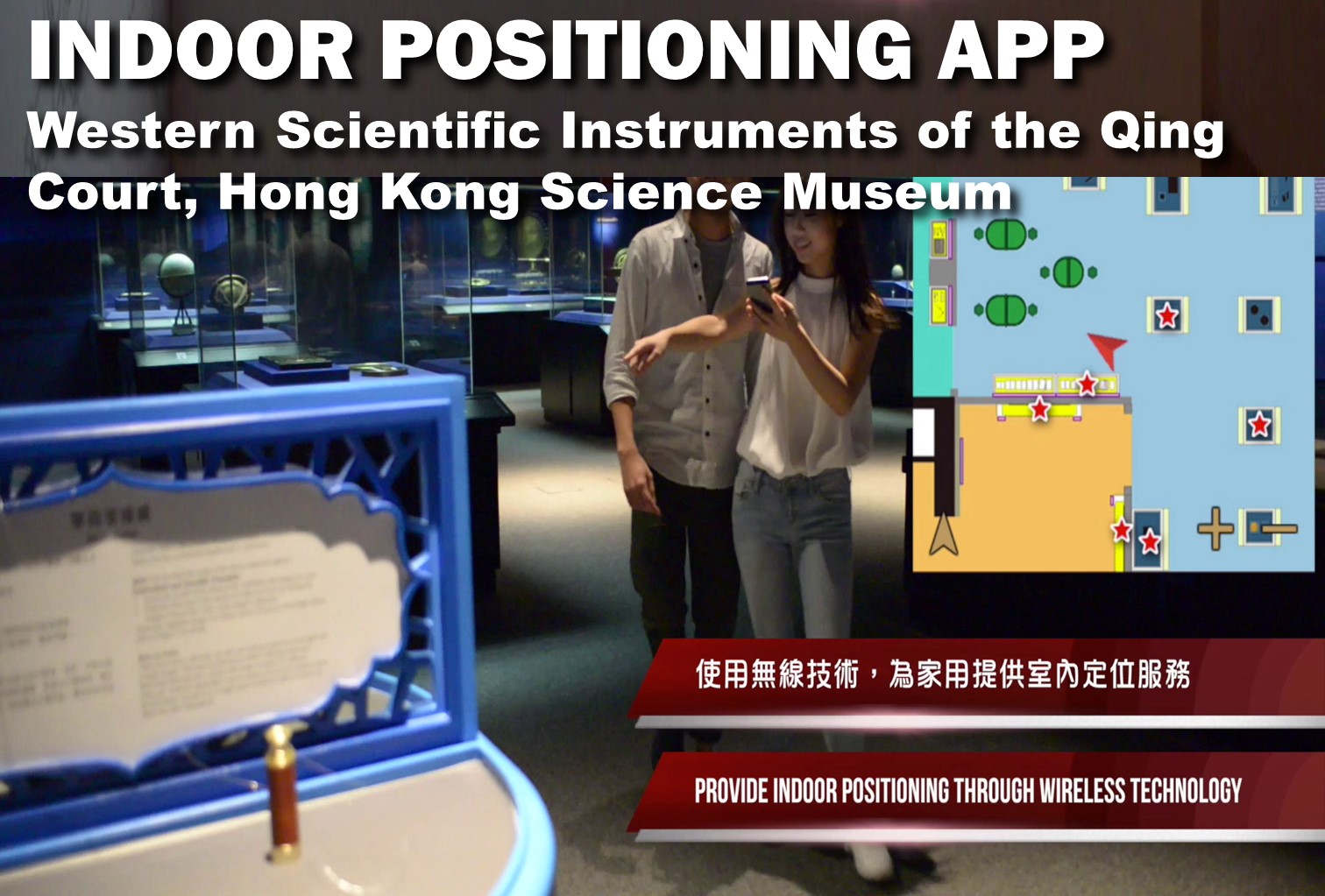 A special feature has been added to the exhibition app is indoor positioning. It is similar to google map (but it can only be used in outdoor), the visitor’s location will be shown in the map of exhibition in the app. Many positioning sensors have been installed in the exhibition which can tell the location to the mobile app to do triangulation to identify the position of visitor. This can be used to guide the visitor to go to the exhibit that they want to visit.

China has a rich cultural heritage, and Chinese science and technology contributed significantly to global civilisations in historical times. In the process of science and technological development in various historical eras, China had made exchanges with western countries in varying degrees. During the late Ming and Qing Dynasties, European missionaries travelled vast distances to come to China to spread the Christian faith. While devoting much efforts to learn the Chinese culture, they introduces a large number of Western scientific apparatuses to China. It was the time that scientific and cultural exchanges between China and the West reached the greatest heights.

The “Western Scientific Instruments of the Qing Court” Exhibition is one that merges science and history. It is one of three exhibitions of “The Hong Kong Jockey Club Series” solely sponsored by The Hong Kong Jockey Club Charities Trust this year. About 120 exhibits presented in this exhibition are selected from the Western science and technology collection of the Palace Museum. These exhibits cover eight main themes: paintings, astronomy, mathematics, measurement, medicine, weapons, articles for daily use, clocks and watches. Many of these historic relics are being exhibited in Hong Kong for the first time. Some of the highlights in this exhibition are the gilt-silver armillary sphere; All nations coming to the court to present tributes by court painter under the imperial edict of Emperor Qianlong, to show off the power and might of the Qing Empire; an iron gun used by Emperor Kangxi; a clock with a barometer and a thermometer; a hand-cranked mutoscope; a British-made bicycle once used by China’s last Emperor Puyi; many exquisite clocks and watches, as well as science publications in the Qing Dynasty. These historic treasures of immense scientific value are a testimony to scientific and cultural exchanges between China and the West. Moreover, through these historic relics, the audience may reflect upon the causes for Chinese science and technology to lag behind the West during the Qing Dynasty. Hence, they may gain an insight into the importance of science and technology to the advancement of our society.