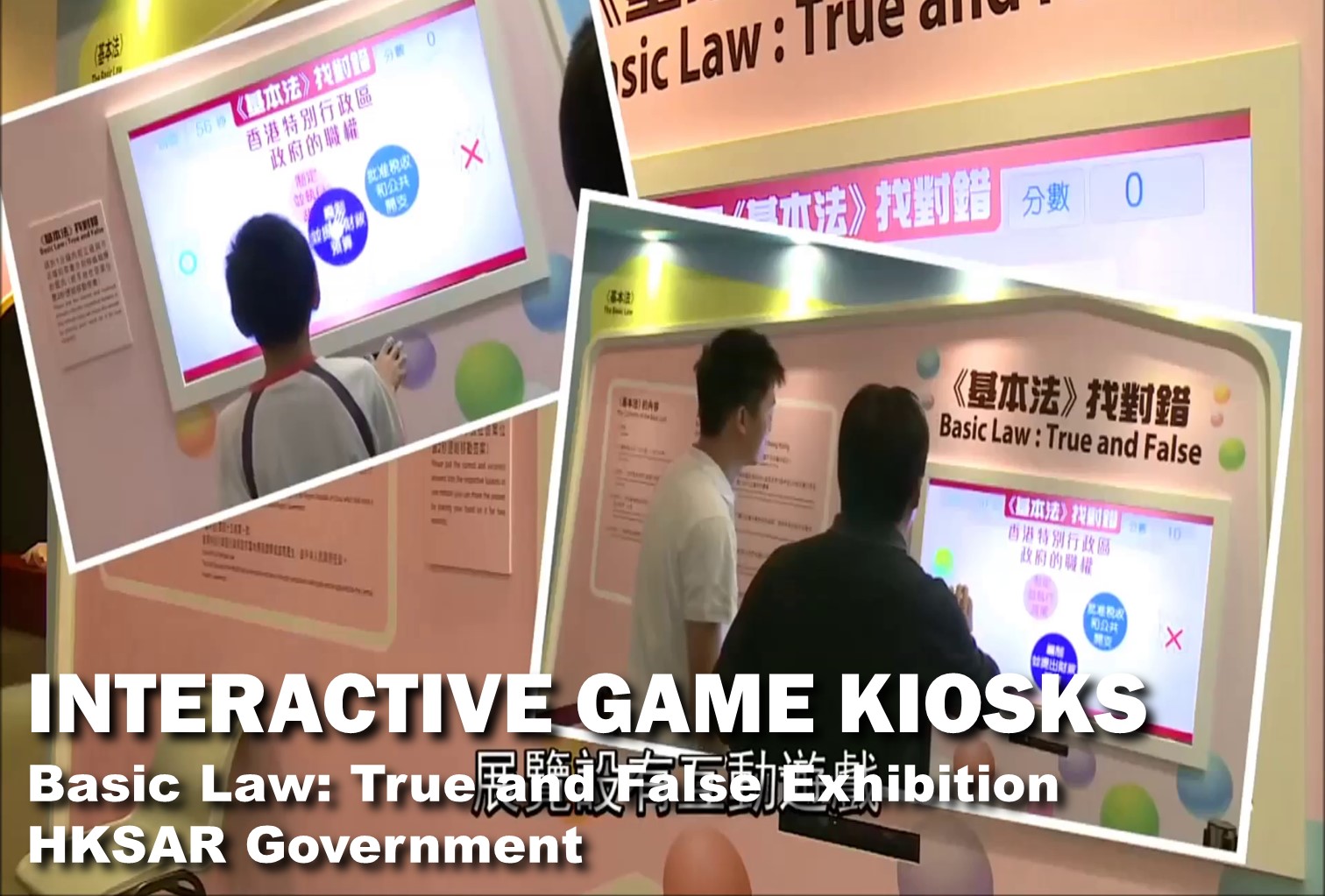 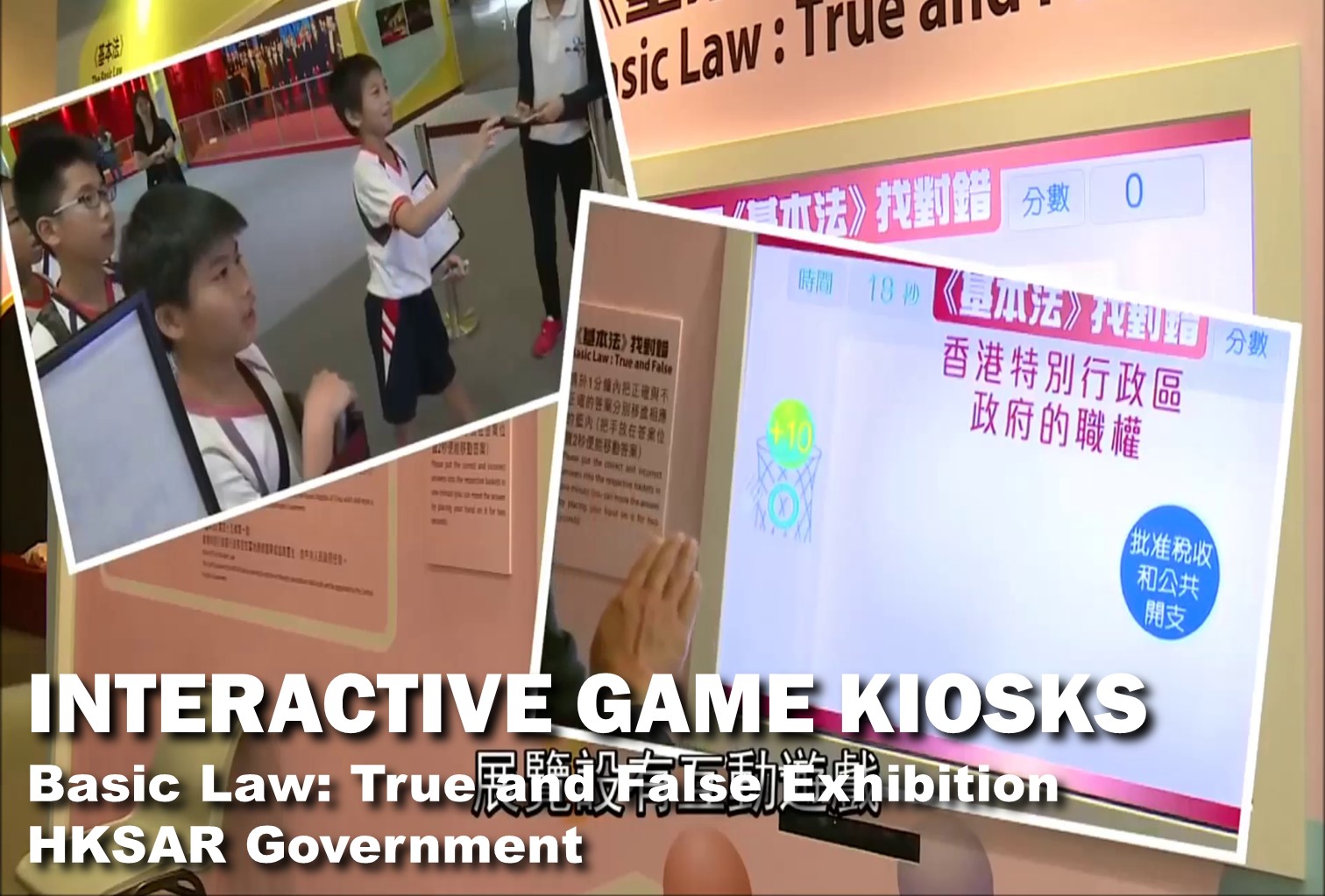 By using Kinect motion sensor, we developed a PC-based game for the Basic Law: True and False Exhibition for visitor to play. Just using the hand to grasp the answer for the question within the time limit, the game will count how many true answers. Through this interactive game, visitors will be more enjoy to learn more about basic law by a game.

The Basic Law of the Hong Kong Special Administrative Region of the People’s Republic of China (Basic Law) was enacted by the National People’s Congress (NPC) in accordance with the Constitution of the People’s Republic of China (PRC). It enshrines in the form of law, the important concepts of “one country, two systems”, “Hong Kong people administering Hong Kong” and a high degree of autonomy.

The Basic Law was adopted and promulgated by the NPC on 4 April 1990. It came into effect on 1 July 1997, the day when the Hong Kong Special Administrative Region (HKSAR) was established. The Basic Law prescribes the systems practised in the HKSAR in order to ensure the implementation of the basic policies of the PRC regarding Hong Kong.

This year marks the 25th anniversary of the promulgation of the Basic Law. Featuring valuable exhibits and photographs, this exhibition introduces the historical background of the Basic Law and charts the path of its drafting, from its promulgation to its successful implementation in the HKSAR, with a view to enhancing the public’s understanding of the contents and the provisions of the Basic Law. Exhibit highlights include the wax figures of Deng Xiaoping and Margaret Thatcher meeting for the negotiation of Hong Kong’s future in the Great Hall of the People in Beijing in 1982; “The Draft Basic Law of the Hong Kong Special Administrative Region of the People’s Republic of China (for Solicitation of Opinions)” issued in 1988; and posters to promote the Basic Law over the years. Interactive games and photo-taking area are also available in the exhibition, for the public to learn the Basic Law in a lively manner.

(Source from the Hong Kong Museum of History)
https://www.lcsd.gov.hk/CE/Museum/History/en_US/web/mh/exhibition/2015_past_02.html